SolidFish is a self-destructing data-sharing platform created for sharing trivial data on the internet. We call this type of shared data - 'Blobfish' data. Visit our blog for more information about this type of data, and how you can participate in the green internet revolution!

Much Blogging About Something

Sustainability in the digital world

A case for digital minimalism

Why digital minimalism is the…

The world is hot for online…

We need to find a cleaner and…

The camel that broke the Internet's back

None of us could have predicted the extent to which 2020 will go down in history. The new decade has forced us to adjust to a life viewed through the lens of remote video and various online sharing platforms. Unquestionable convenience made possible by the advancements of the information and communication technology (ICT).

Among countless other benefits, ICT progress has allowed us to remain connected, entertained, and educated. It has also enabled remote working to become part of the new normal in our business life. But what is the price attached to the advantages of our digitalized culture?

These days internet data is described as the new oil. And it is safe to say that it is comparable not only in value it holds but also in the environmental impact that comes with it. Yet, many of us are unaware of the carbon footprint and the digital pollution trail attached to a simple online activity we perform daily.

For example, emailing; due to its storage and transmission requirements on average 1 email can emit over 10g of CO2, the equivalent of the carbon footprint of a standard plastic bag.[1] And with nearly 300 billion emails sent globally daily, the data trail and the consequential digital pollution we leave behind every minute is eyewatering. Worse still, an email Statistics Report of 2019-2023 by the Radicati Group showed that 293 billion emails were sent daily in 2019 and it has further estimated a 4.2% yearly growth resulting in 347 billion emails by the year 2023.[2]

Mind-blowing right? But what could happen if every email user in the UK opted to send one less unnecessary email per day? Well, an evaluation conducted by OVO Energy estimated that this move alone would reduce carbon emissions by 16,433 tonnes. It can be equated to a staggering 81,152 flights from London Heathrow to Madrid or taking 3,334 diesel cars off the road. With this in mind, would we now think twice before sending another ‘’Thank you!’’ email?[3] 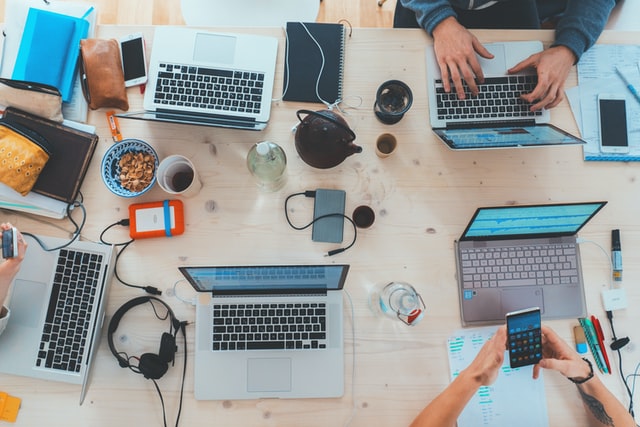 Needless to say that digital pollution is not exclusive to managing our emails alone. Every internet activity (be it browsing a website, gambling, dating, shopping, streaming the latest movies, posting on an Instagram feed or things as minuscule as “liking” something on Facebook), when combined leads to an enormous amount of data created globally. In turn, this data gets backed up and stored on various cloud storage services around the world. And as a result, to keep up with the ever-rising data storage demand, the capacity of cloud storage services are forced to grow at an astonishing rate. Yet sadly, this correlation is mostly overlooked by the vast majority of avid users.

What Cloud storage really is?

The misconception of the term ‘’cloud storage’’ is mainly to be blamed for the misuse of resources. The so-called ‘’Cloud storage’’ isn’t hosted in heavenly bodies with unlimited storage capacity. On the contrary, they are massive buildings – hyper-scale data centres – filled with thousands of hard drive-bearing racks requiring a tremendous amount of energy to process, backup and store data. And of course, our expectation for instant access to information drives the creation of multiple data centres to guarantee the requested information is always available in the quickest way possible.

As a result, there are currently millions of data centres around the world, and they all come at a significant price to the planet. This cost is due to the land they occupy - some taking up nearly 200 acres per unit, some come from cleared forests - the amount of water used for cooling, and above all the staggering amount of electricity consumed. The energy requirement alone will soon start putting intolerable pressure on the world’s power systems. And a study focused on Japan suggested that its data centres would consume its entire electricity supply by 2030 if the growth continues at today’s rate.[4]

But what is the magnitude of the environmental danger posed by the datacenters?

Presently, datacentres are responsible for about 2% of global greenhouse gases (GHGs) emissions which is the same carbon footprint as the aviation industry. But potential future projections look even more distressing. According to Swedish researcher Anders Andrae, Communication Technology electricity usage, for the worst-case scenario, could contribute up to 23% of the globally released GHGs in 2030.[5] Naturally, the environmental impact of such prospects would be catastrophic.

These days, several major cloud service providers are shifting towards 100% renewable energy in hopes of achieving carbon-neutral status and make way for limitless data storage capacity. While they all have good intentions, the critical issues like continuous dependency on fossil fuels, GHG emissions, and human encroachment responsible for habitat fragmentation are sadly being glossed over by many.[6]

To begin with, the production and maintenance of renewable energy equipment, e.g. solar panels, wind turbines rely on industrial processes that use fossil fuels as their power source. Furthermore, most renewable energy sources are intermittent and not capable of meeting the increasing energy demand on their own. As a result, industries have to continually depend on fossil fuel-based backups and in some cases infrastructures have been connected back into the power grid.

Apart from that, datacentres utilize air conditioning and water cooling units to avoid overheating. These units use refrigerants that contain hydrofluorocarbons (HFCs) which are potent greenhouse gases with a high global warming potential (up to 9,000 more potent than CO2) that can contribute to global GHG emissions.[7] To reduce their reliance on cooling chemicals and also their energy consumption, some providers have moved their data centres beyond the arctic circle – the coldest parts of the world. Yet these migrations can arguably have an adverse impact on the local ecosystem leading to habitat fragmentation and deforestation.

All considered digital pollution is a complex problem and not a problem we can solar panel and windmill our way out of.[8][9][10] 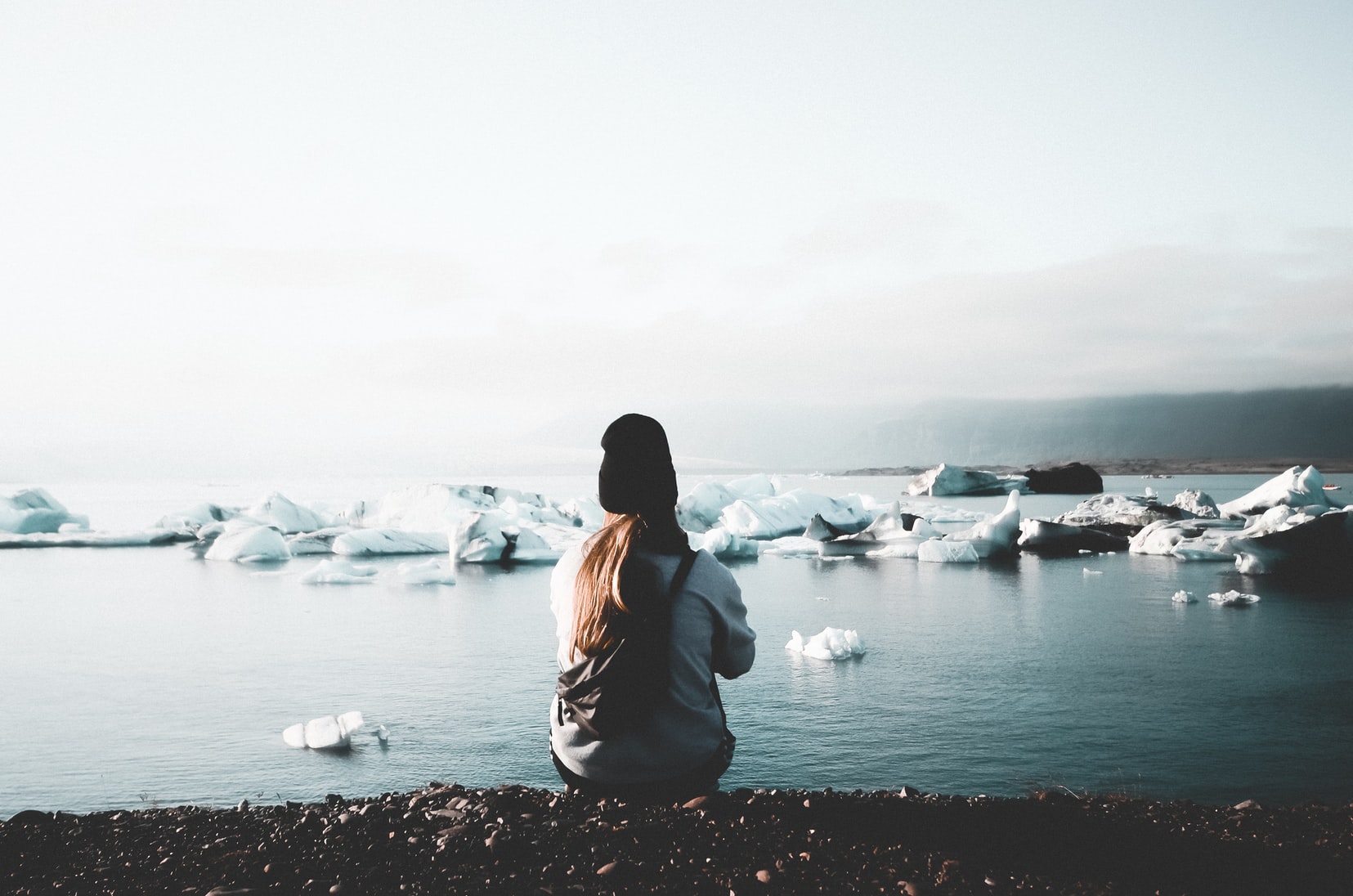 Of course, technology is moving forward, and ICT efficiency is improving; but at the same time, technologies continue to increase in both size and complexity. The demand for higher quality content and the availability of faster internet connections like fibre broadband and the new 5G technology are causing data usage to grow exponentially. This growth is on an upwards trajectory with no signs of slowing down and is a great model of the Jevons Paradox. It shows that the more efficient a resource becomes, the higher its demand will increase. In this, our ever-growing data usage continues to undermine gains brought on by our technological advancements.

And why has digital pollution eluded us for so long?

Unlike material pollution, digital pollution generally goes unnoticed since it does not leave visible waste behind. Instead, our gadgets are becoming smaller, smarter and greener, and our internet access is getting unlimited and much faster. This process causes a transference of power consumption from the user’s device – where it can be monitored - to the networks and data centres. This divide makes the real cost of our digital convenience frustratingly elusive.

The world has believed that digitalization equals sustainability, thus underestimating its damaging consequences. Dematerialization means lessening our reliance on physical resources. The growth of digitally acquired music or video saw a reduction in our dependence on items like CDs and DVDs (these got relegated to being collectables). But did we managed to replace it with an even bigger problem?

Surely it cannot be that bad?

A glance at an example used by Fortune is quite telling. A music video Despacito reached an internet record of 5 billion views on YouTube in April 2018 and in the process burned as much energy as 40,000 American homes use in a year.[11] Now let us pause for a moment and try to take in the enormity of the energy resources consumed by a single music video. And then consider that almost 5 billion videos are watched on YouTube daily. With dozens of other video hosting services around the world, the immense energy requirement of these media services alone is mind-blowing. Yet this is but a taste of the bitter truth behind the recourses needs of all internet-based service. 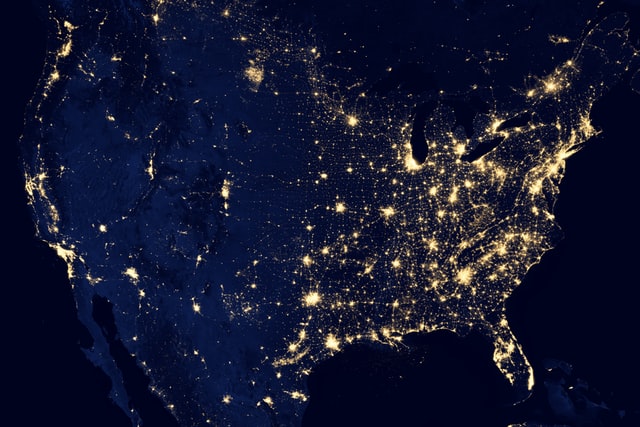 We cannot go on thinking physical or digital resources around us are limitless and continue with unchecked consumerism, while ignoring the ecological crisis around us. As we understand the environmental impact of material resources, we also need to be aware of how the by-products of our ever-expanding digitalized culture affect the world around us.

Recently, the International Telecommunication Union released new standards to comply with the Paris Agreement and help limit global warming to 1.5°C above industrial levels. To achieve these targets, it will require the ICT industry to cut GHG emissions by 45% from 2020 to 2030.[12] It is a challenging task and one that will not be delivered successfully without significant commitment and simultaneous ambitious actions. The three key focus areas are the continued implementation of energy efficiency plans, a switch to renewable/low carbon electricity supply, encouragement of carbon consciousness among end-users.

In addition to that, it has been established the ICT sector based on the use of electricity and energy efficiency measures alone would not be enough. To make a difference, it will require tackling arguably most pressing matter – the carbon consciousness among consumers.

So what is our part to play in this?

It is time we all start rethinking our relationship with overconsumption of data; be it essential data or data solely designated as entertainment. Perhaps, we need to ask ourselves; how many cat videos will it take to finally cross the line?

We have widely accepted and urgently addressing most common climate change culprits, but it is time we acknowledge digital pollution as one of the emerging threats to the global environment. Awareness of the problem not only can bring about innovative ways to deliver sustainable data exchange but also start transforming our daily digital habits.

Social sciences have shown that when one person makes a sustainability-oriented decision, others will start following in the same path. And as with most changes, small collective actions can result in remarkable outcomes. It is time we asked ourselves, what can we do collectively and individually to make a change?

Here are some practical steps we can all take to start with today:

We might be tempted to think changing your daily digital habits is a drop in the ocean, but together our (joint) sustainability-minded actions are powerful! We have created this problem collectively, and individually we can help with fixing it!

A closer look at the impact of the ever expanding data-centres.